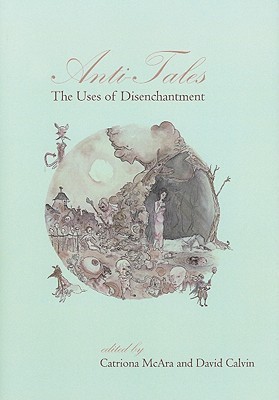 The anti-tale is, however, rarely an outright opposition to the traditional form itself. Inasmuch as the anti-hero is not a villain, but may possess attributes of the hero, the anti-tale appropriates aspects of the fairy tale form, (and its equivalent genres) and re-imagines, subverts, inverts, deconstructs or satirises elements of these to present an alternate narrative interpretation, outcome or morality.

In this collection, Little Red Riding Hood retaliates against the wolf, Cinderellas stepmother provides her own account of events, and Snow White evolves into a postmodern vampire tale. The familiar becomes unfamiliar, revealing the underlying structures, dynamics, fractures and contradictions within the borrowed tales.

Over the last half century, this dissident tradition has become increasingly popular, inspiring numerous writers, artists, musicians and filmmakers. Although anti-tales abound in contemporary art and popular culture, the term has been used sporadically in scholarship without being developed or defined.

While it is clear that the aesthetics of postmodernism have provided fertile creative grounds for this tradition, the anti-tale is not just a postmodern phenomenon- rather, the postmodern fairy tale is only part of the picture.

Broadly interdisciplinary in scope, this collection of twenty-two essays and artwork explores various manifestations of the anti-tale, from the ancient to the modern including romanticism, realism and surrealism along the way.

Comments
Comments for "Anti-Tales: The Uses of Disenchantment":