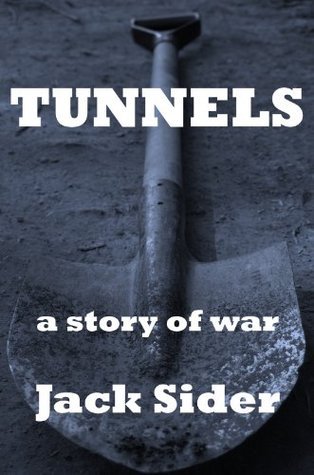 The boy was right, it was going to fall and it was going to fall soon. “We hold.”“Captain…”“We hold.” They were too deep underground. If he gave the word that the walls were going to collapse the rush of men up the shoulder width shaft would ensure it happened immediately. He picked absently at the carving on his hilt and eyed the workers at the front of the line.Their axes had long been replaced with shovels, so soft was the earth, and the carpenters were having trouble fixing timber supports to keep up behind the rushing spades. The tunnel certainly wouldn’t hold up to the flow of a few hundred men.

Above, the sound of cannons and gunfire ensured that dirt rained down in a constant sprinkle. They weren’t going to make it in time.The captain let his eyes follow the buckets of dirt trailing in and out of the hole passed hand to hand by soldiers that drowned in grimy labor.

This was the part of war that didn’t get sung in tales. A loud boom directly above the tunnel bent the wooden arches like the bottom of a boat and the captain hugged the edge of the wall both for protection and in a feeble attempt to keep it up. When the clumps that fell returned to their normal sprinkle he stepped back onto the walkway and hoped that it was an ill aimed shell and not a calculated assault that had rattled his burrow.

Comments
Comments for "Tunnels: A Story of War":