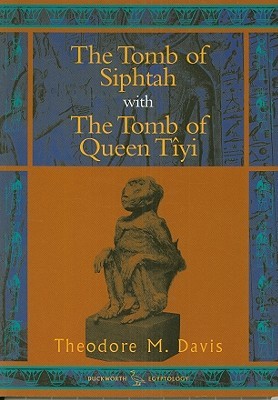 On January 6, 1907 a mysterious tomb was uncovered in the Valley of the Kings by English archaeologist Edward R. Ayrton, digging on behalf of Theodore M. Davis. Initially identified as the burial of Amenophis IIIs queen, Tiye (Tîyi), on the basis of a spectacular gilded shrine which formed part of the burial equipment, the body itself was later recognized as that of a man buried in a coffin adapted for the use of an Amarna-period pharaoh.

Was this the mummy of Akhenaten himself, as some at the time believed? Or the body of Akhenatens mysterious co-regent, Smenkhkare?Almost a century later, Tomb 55 (as it is now generally known) continues to baffle archaeologist and Egyptologist alike. The Tomb of Queen Tîyi, which first appeared in 1910, was Daviss official account of the enigmatic Tomb 55 discovery, and remains a crucial source both for the Amarna period and for Valley of the Kings studies generally. It is here republished with Daviss equally fundamental The Tomb of Siphtah, which details the excavators discoveries of 1905-7 - amongst them the extraordinary animal tombs and the Gold Tomb, one of the greatest caches of 19th Dynasty jewellry ever found.

Comments
Comments for "The Tomb of Siphtah and The Tomb of Queen Tiyi":