Meltdown: The Inside Story of the North Korean Nuclear Crisis Mike Chinoy 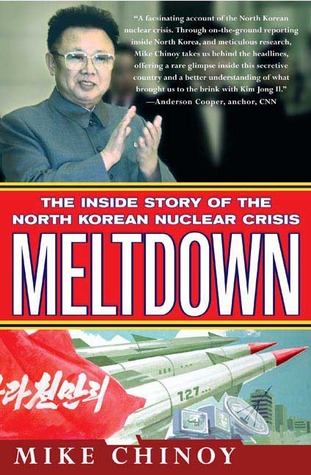 Bush took office in 2001, North Korea’s nuclear program was frozen. Kim Jong-Il had signaled to the outgoing Clinton administration he was ready to negotiate an end to his missile program. Today, North Korea has become a full-fledged nuclear power, with enough fissile material to stage an underground test in 2006, manufacture as many as ten more warheads, and—in the worst-case scenario—provide nuclear material to rogue states or terrorist groups. How did the United States fail to prevent a long-standing adversary like North Korea from acquiring nuclear weapons?Drawing on more than two hundred interviews with key players in Washington, Seoul, Tokyo, and Beijing, including Colin Powell, John Bolton, and ex-Korean president Kim Dae-jung, as well as insights gained during fourteen trips to Pyongyang, longtime CNN correspondent and North Korea expert Mike Chinoy provides a blow-by-blow account that takes readers behind the scenes of secret diplomatic meetings, disputed intelligence reports, and Washington turf battles as well as inside the mysterious world of North Korea.

Meltdown shows how the U.S. refusal to engage in serious diplomacy spurred Kim Jong Il to stage his nuclear breakout, and provides a wealth of new material about the subsequent reversal of course that led the Bush administration to abandon confrontation in the hope of negotiating an end to the nuclear crisis.Chinoy has produced a gripping account of one of Americas longest-running, most volatile foreign policy crises that explains why North Korea remains a danger today—and why it didnt have to be this way.

Comments
Comments for "Meltdown: The Inside Story of the North Korean Nuclear Crisis":