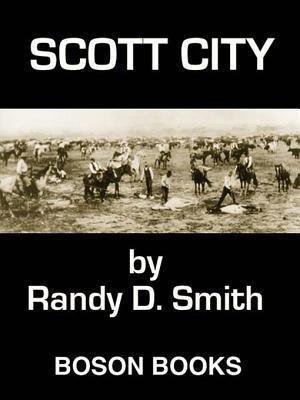 Collier returns to Kansas to help his step-daughter and son-in-law preserve their ranch against the ruthless aggression of Texas cattleman, Dusty Hollingsworth. Hollingsworth is the last of the old-time free-range cattle barons who cannot accept the encroachment of homesteaders and the enclosure of small ranches by barbed wire. Using hired gunmen and crooked politicians he maintains his dominance through force of will, intimidation, violence and murder.

Collier, equally a man out of his time, uses his skills as an old-time lawman and professional bison hunter to counter HollingsworthOCOs aggression. He finds himself caught in the middle of a struggle of legal authority against moral integrity. The Ladder Creek country becomes clouded with gunsmoke as these two titans of the Old West face each other in a struggle of good against evil.

Old friends and adversaries from earlier Collier novels return to fill the pages with new exploits in a rapidly fading frontier. Scott City is a classic old-time shoot-em-up filled with intrigue, mystery and romantic escapades. Join the third of a popular series that enjoys national serialization in SHOOT!

magazine, a chronicle for Old West and living history enthusiasts. Boson Books offers several novels about the Old West by Randy D. Smith. We also offer the nonfiction books Heroes of the Santa Fe Trail: 1821-1900 and Hunting Modern South Africa with Powder and Ball by Randy Smith. For an author bio and photo, reviews and a reading sample, visit bosonbooks.com.